Fire Safety: Are you protected against a Fire? | Quality Material Handling, Inc.

Fire Safety: Are you protected against a Fire? 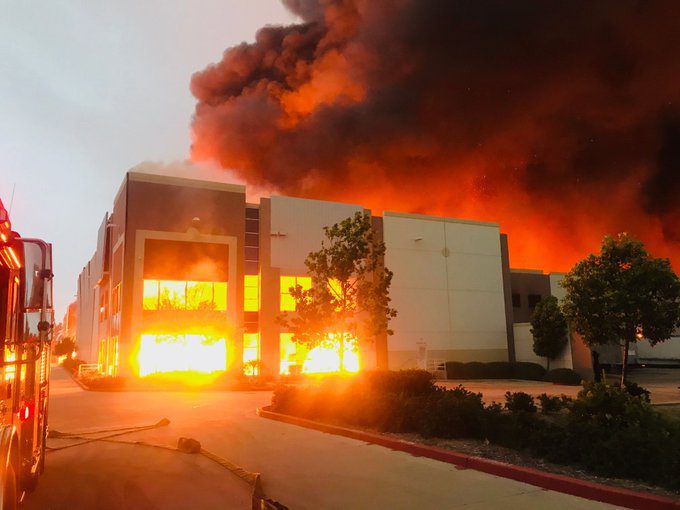 On Friday, June 5th, 2020 at approximately 5:30 a.m., a large three-alarm fire broke out in a local 600,000-square-foot warehouse in Redlands, California. This warehouse is run by a third-party operator who ships extra-large items for Amazon, one of the world’s largest online marketplaces. Fortunately, everyone was able to safely evacuate from the building prior to it becoming engulfed in flames and determined a total loss. The city Spokesman, Carl Baker, mentioned that one of the focuses of the investigation would be why a “state-of-the-art” sprinkler system failed to limit the fire’s spread. The Redlands Fire Chief Jim Topoleski also told CBSLA:

“…We’re looking at a modern building with the latest advances installed inside the building regarding fire protection systems” …that is highly concerning.”

Redlands fire officials stated that crews had to stay at the scene for about a week to put out hot spots. The cause of the fire which is believed to be suspicious in nature. On October 23rd, 2020 a $5,000 reward was offered for information leading to the identification, arrest and conviction of the person who started the fire.

Anyone with information about the fire can contact the Redlands Fire Department tip hotline at (909) 245-6587, or email Redlands Fire investigator Chris Randolph at crandolph@confire.org or Redlands police Detective Matt Friesen at mfriesen@redlandspolice.org.

Warehouse fires are more common that you think, it can happen to you at your facility. This is why it is important to be prepared. We can help.

How can you protect against a fire?

One way to make sure your facility is protected against a fire is to verify that your fire protection system is adequate for the commodity you are storing.  Warehouse Sprinkler Systems are an essential component to fire protection and overall warehouse safety. Since warehouse fires can quickly spread, it is not enough to have a working sprinkler system put in place, but to ensure that it is up to code based on the commodity being stored. Taking preventative measures is a must to avoid costly damages to the facility as well as prevent any employee injuries.

Are you altering an existing pallet racking system or installing a whole new pallet racking system? Our team of experts will help design your warehouse to be up to code. There are many factors that go in when designing an efficient warehouse layout that is up to fire safety standards. Some of the things we look at are the size of the facility, the commodity being stored and the height it will be stored at as well as the configuration. Working along with your local governing authority for fire safety, our team designs and engineers the best solution for your facility. 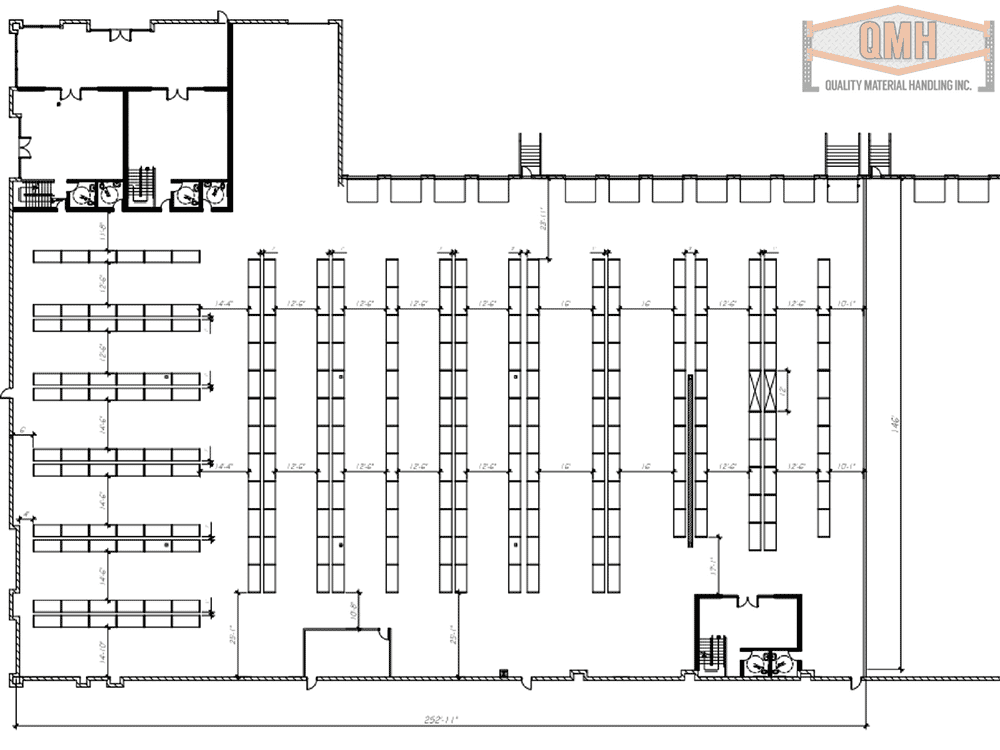 THE ADVANTAGES OF IN-RACK SPRINKLER SYSTEMS 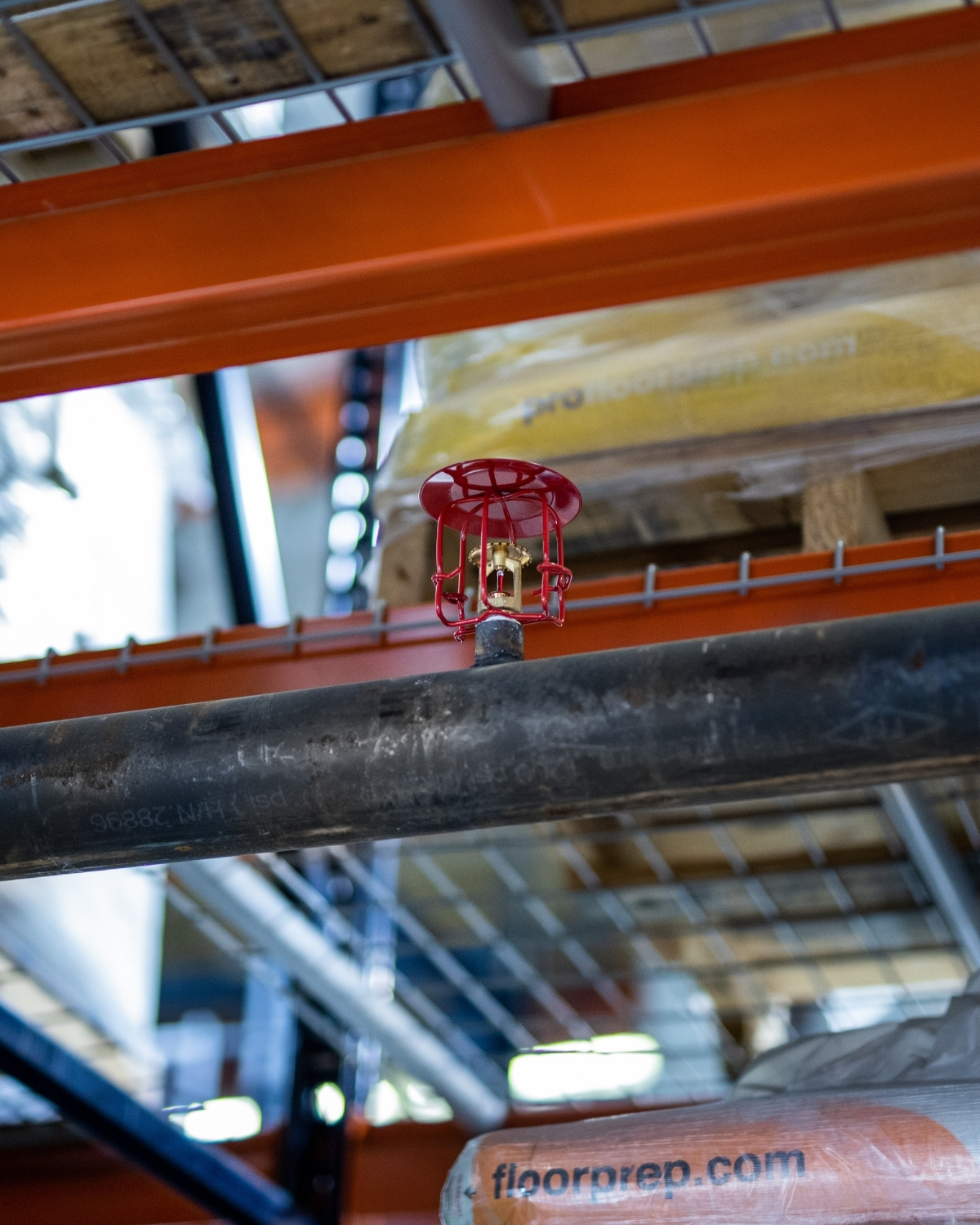 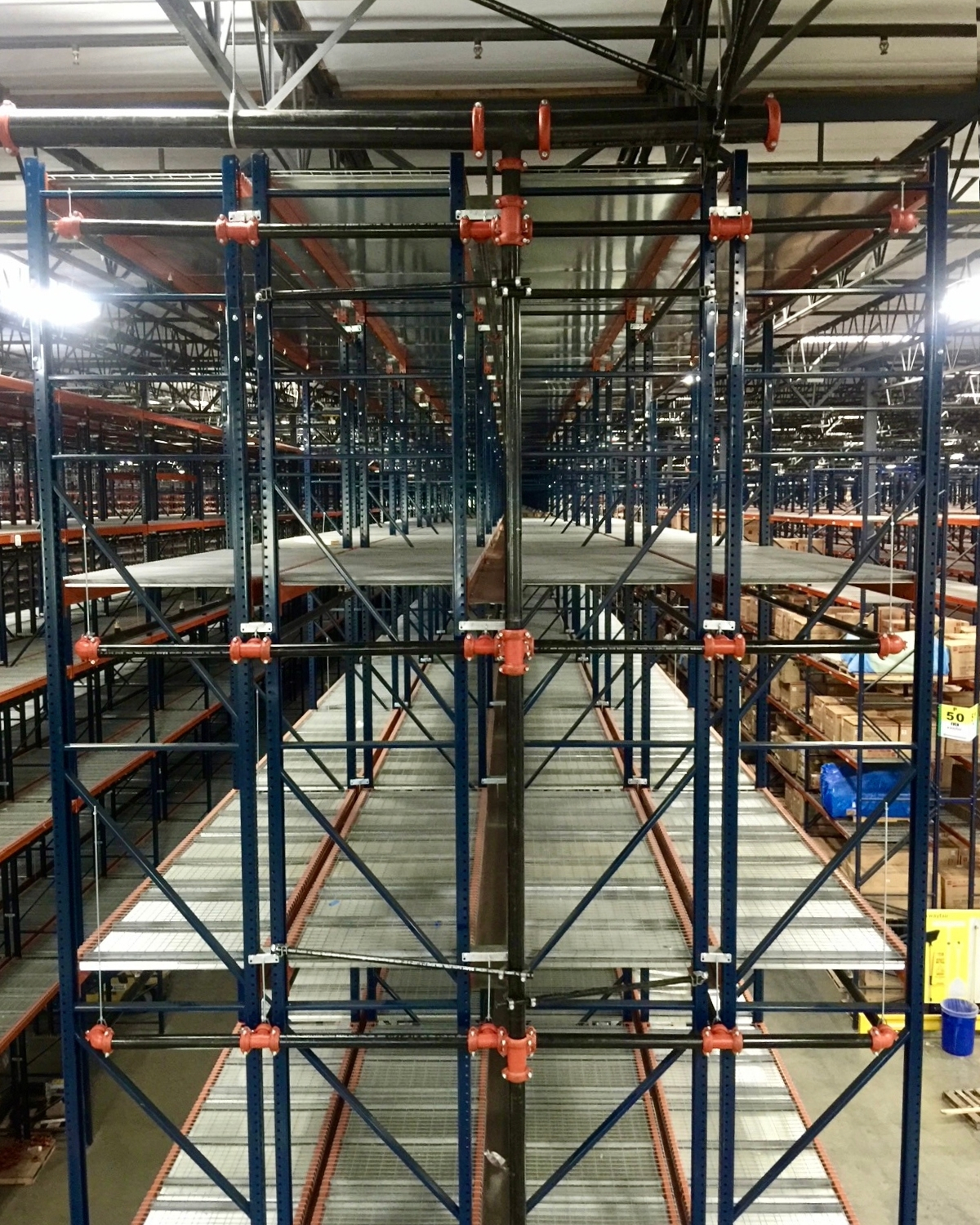 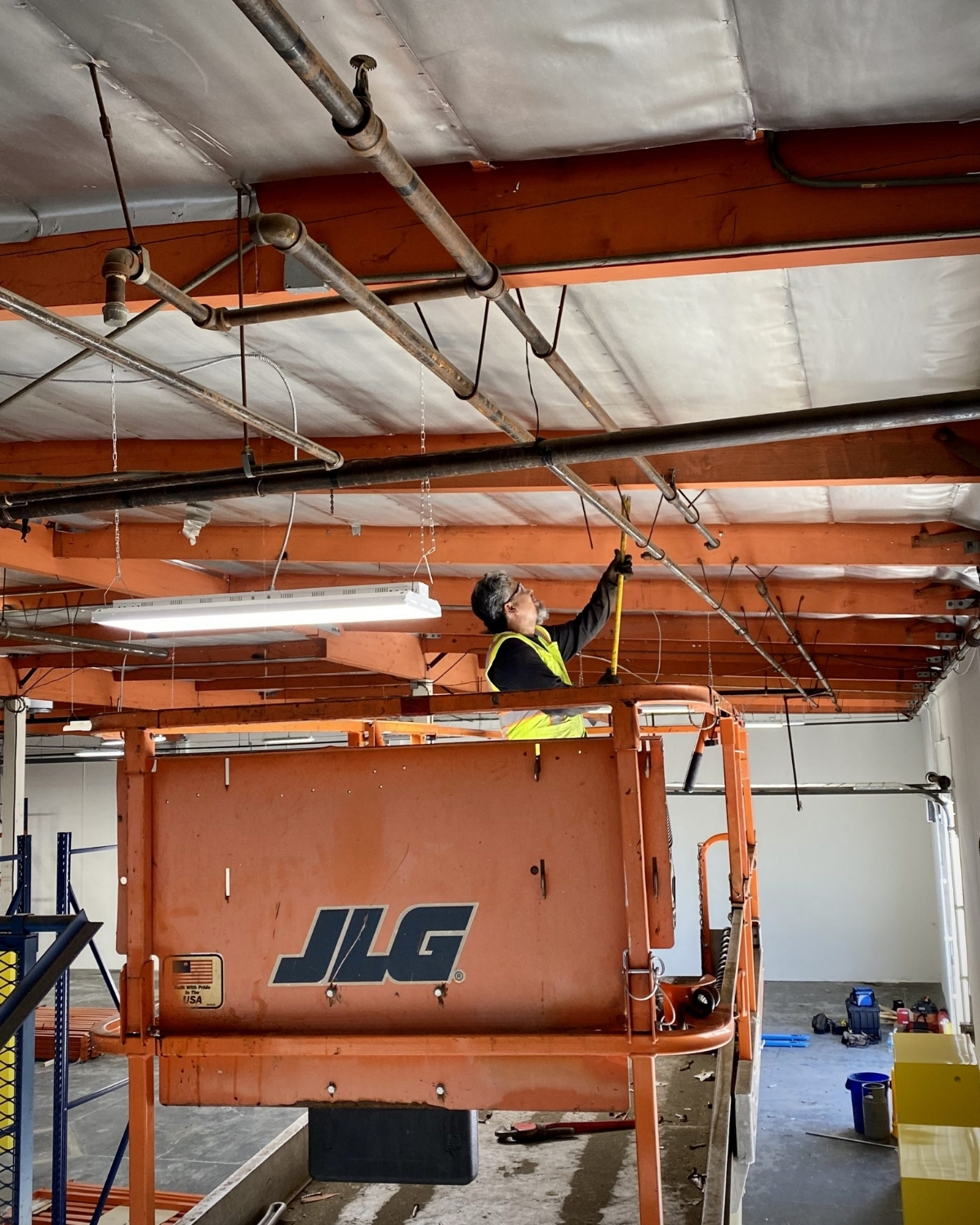 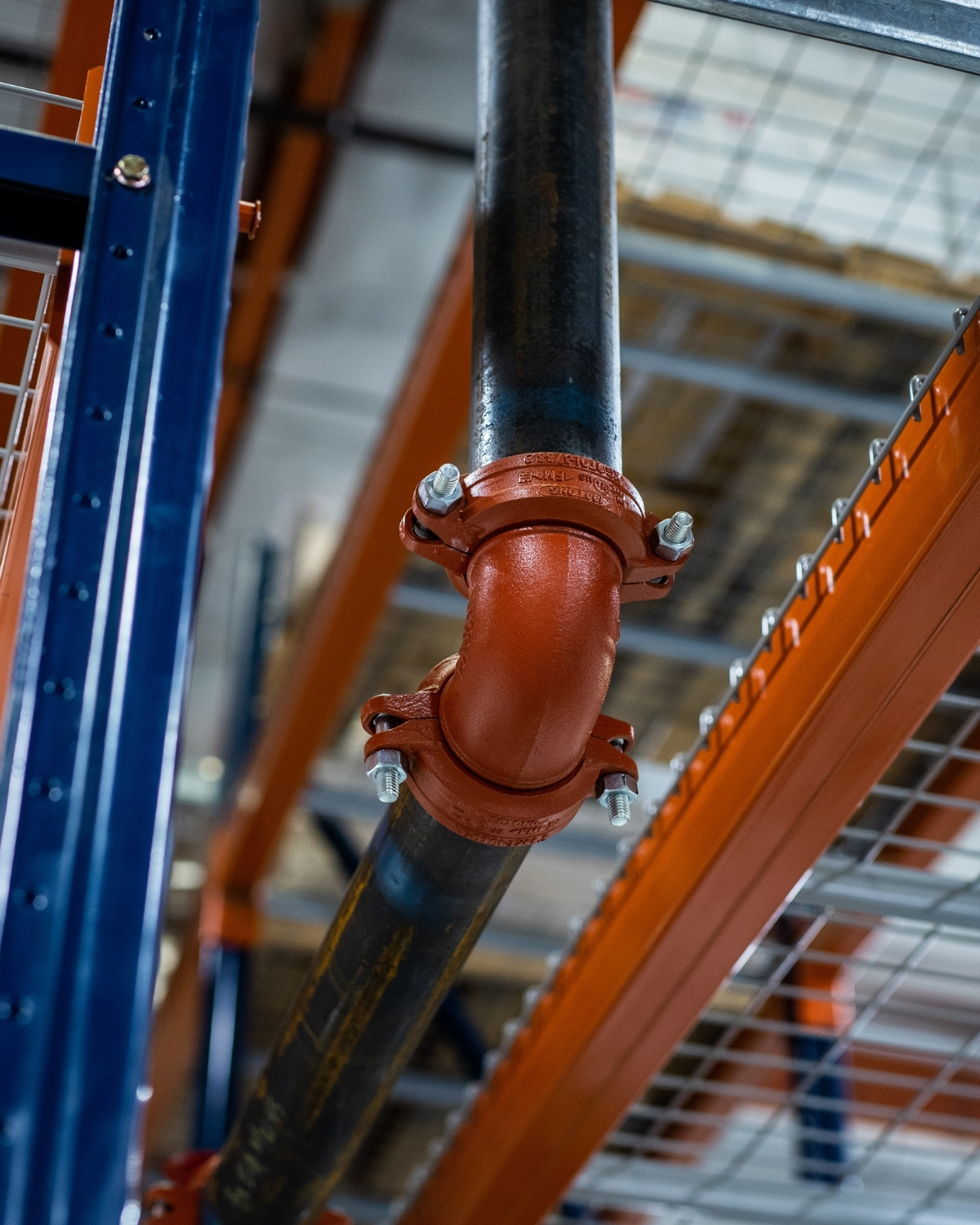 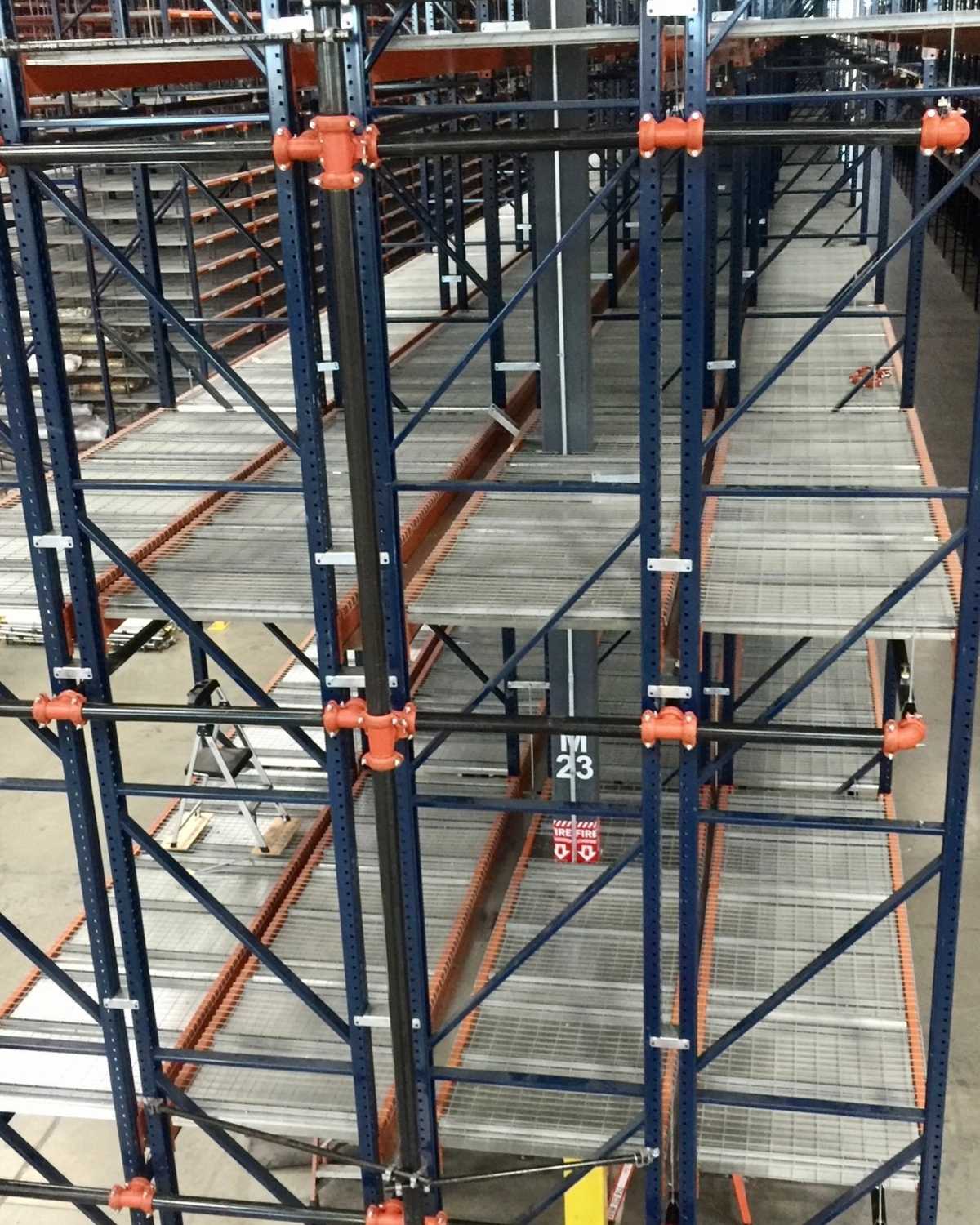 MAKE SURE YOUR FACILITY IS PROTECTED AGAINST A FIRE